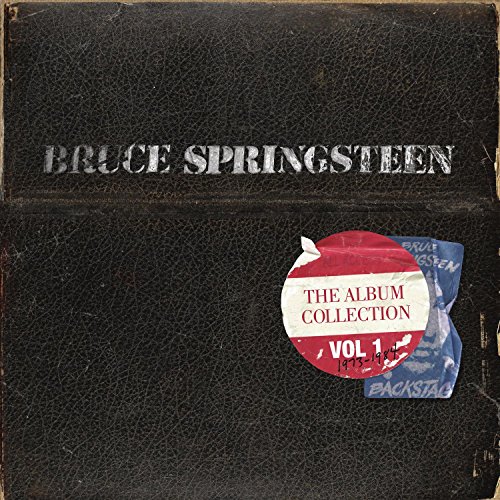 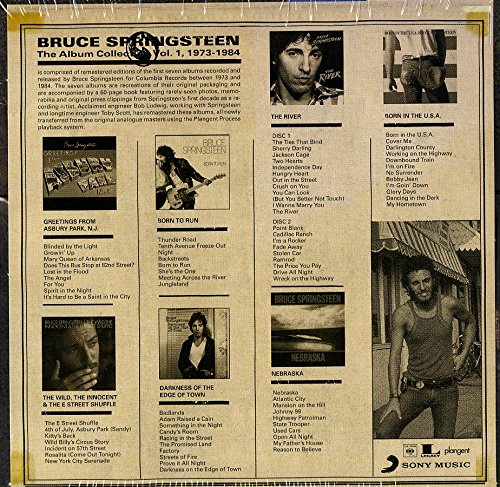 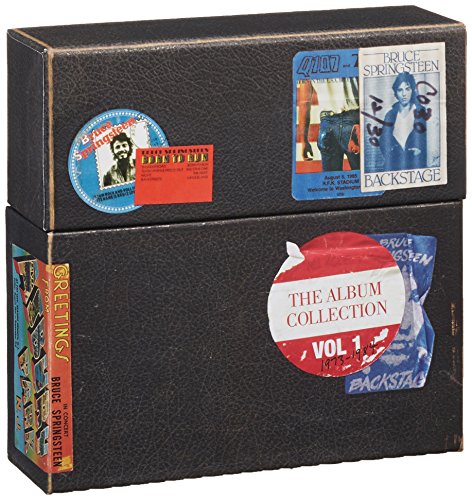 'Bruce Springsteen: The Album Collection Vol. 1 1973-1984,' is a boxed set comprised of remastered editions of the first seven albums recorded and released by Bruce Springsteen for Columbia Records between 1973 and 1984. All of the albums are newly remastered (five for the first time ever on CD) and all seven are also making their remastered debut on vinyl. The seven albums are recreations of their original packaging and the set is accompanied by a 60 page book featuring rarely-seen photos, memorabilia and original press clippings from Springsteen's first decade as a recording artist. Acclaimed engineer Bob Ludwig, working with Springsteen and longtime engineer Toby Scott, has remastered these albums, all newly transferred from the original analogue masters using the Plangent Process playback system.The Album Collection Vol. 1 1973-1984 includes:Greetings From Asbury Park, N.J. (1973)The Wild, The Innocent and The E Street Shuffle (1973)Born To Run (1975)Darkness On The Edge Of Town (1978)The River (1980)Nebraska (1982)Born In The U.S.A. (1984) 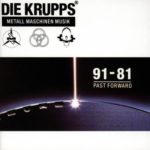 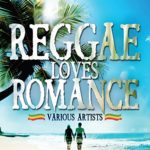 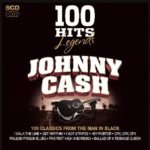 $ 5,16*VAT included
*last updated on 2.03.2021 at 10:52.
As a member and partner of affiliate programs, this website uses cookies. All information concerning products and prices is supplied without liability. By continuing to browse the site, you are agreeing to our terms and conditions. Ok
7fc2940119 cdb089ea06 8ca8d4ef02 f28b291c7e